Total annual compensation for Class I freight rail employees covered in the new round of national bargaining averaged approximately $129,000, including pay and benefits — much higher than many U.S. industries.

FREIGHT RAILROAD EMPLOYEES: AMONG THE BEST PAID IN THE NATION

On average, an Class I rail employee covered in the current bargaining round: 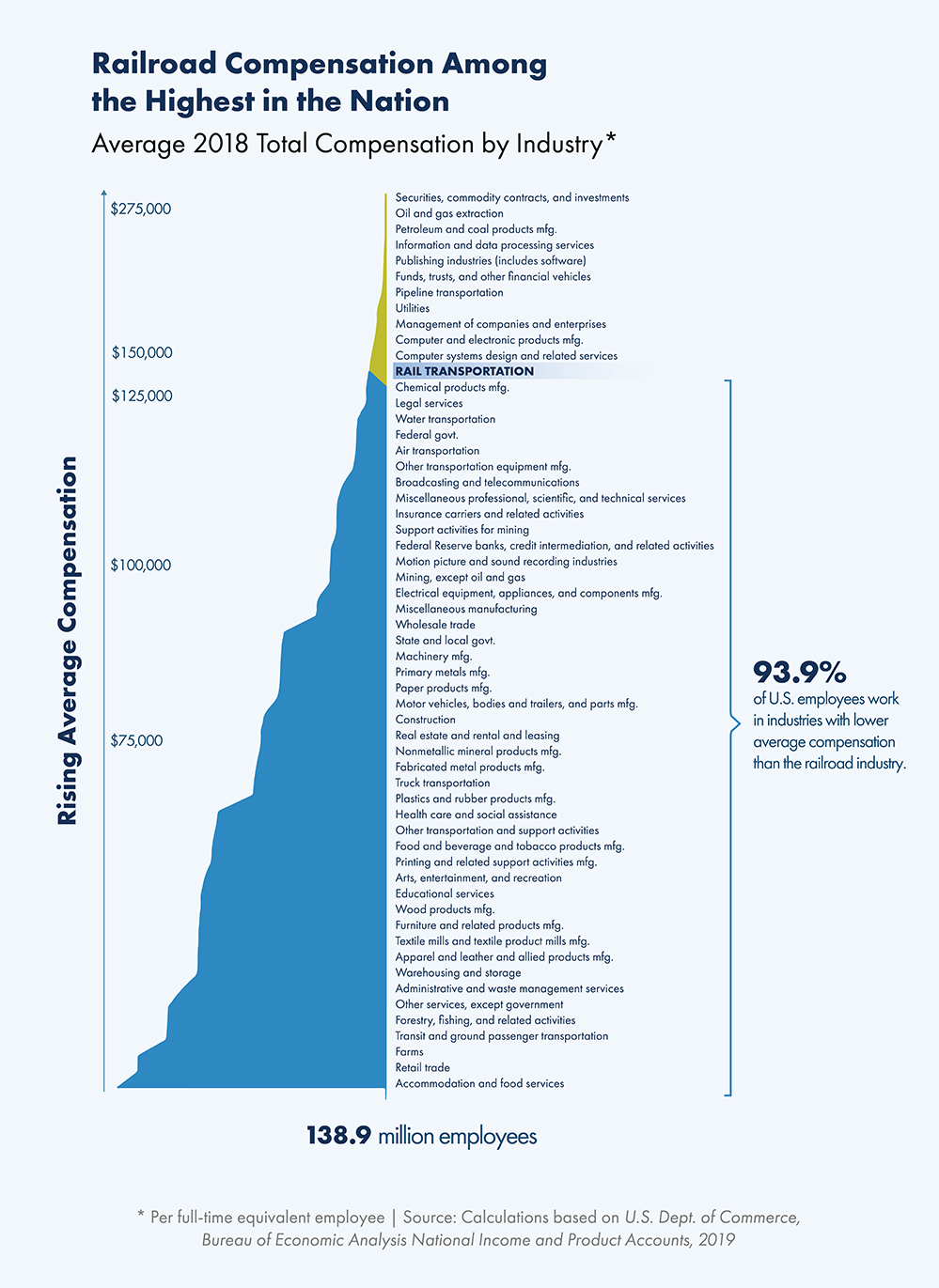 As noted above, the total annual compensation of the Class I freight rail employees covered in the current round of national bargaining averaged approximately $129,000 in 2019. This includes wages, health care and employer retirement contributions. This is almost 59 percent higher than the average full-time U.S. employee ($81,200) for 2019.

In terms of wages, the average annual wages earned in 2019 by freight rail employees in the current round of bargaining was approximately $90,000 which is 35 percent higher than 2019 median U.S. household income of $66,738 (as reported by BLS).

Railroad employees have also experienced significant gains in purchasing power that have far exceeded inflation. From 2009 through 2019, their compounded wage increases from national bargaining totaled 37.83 percent, about 3.4 percent annually, and outpaced inflation by more than 97 percent. These figures include the approximately 125,000 employees who are represented in the current national collective bargaining round. 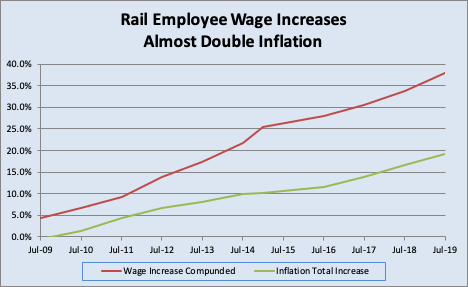 Finally, railroad retirees receive substantial retirement benefits because they are covered under the Railroad Retirement Act, not the Social Security Act. In fiscal year 2018, approximately 540,000 beneficiaries received $12.7 billion in benefits.

Due to the structure of the Railroad Retirement system, these benefits are significantly higher than those provided by Social Security, and railroads bear a much larger share of taxes to fund these enhanced benefits.